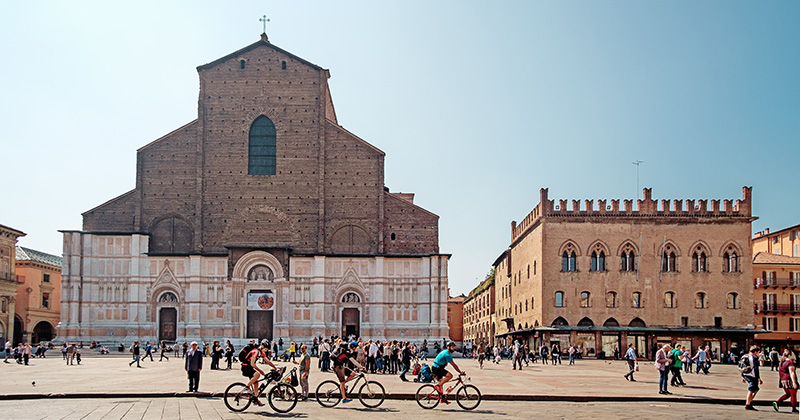 Wondrous, surrounded by ancient medieval walls, red like the bricks of its buildings and the passion of its people.

City of a thousand faces, renowned for its art and culture, it is home to the oldest university in the Western world, the Alma Mater Studiorum, founded in 1088. Since the time of Dante Alighieri, Petrarch and Boccaccio, Bologna has throbbed, created, innovated, celebrated through the night…

When you hear someone speak about Bolognese cooking, salute it, because this cooking deserves it. With these words, the gourmet Pellegrino Artusi praised the great Bolognese culinary tradition. Impossible – and perhaps even a crime – to pass by Bologna and not stop to taste a plate of lasagna or tortellini accompanied by the city’s celebrated broth.

And in the heart of the city’s historic center sprout the leaning towers of Garisenda and Asinelli, symbols to the world of the turreted Bologna. Integral to the urban fabric, the towers represent not only a medieval architectural ornament but with their height, the power of the families who had them built: the more imposing the tower, the more important the family.

Bologna, a place that remains in the heart… and on the tastebuds of everyone who visits it!

This is the beautiful and charming Bologna. 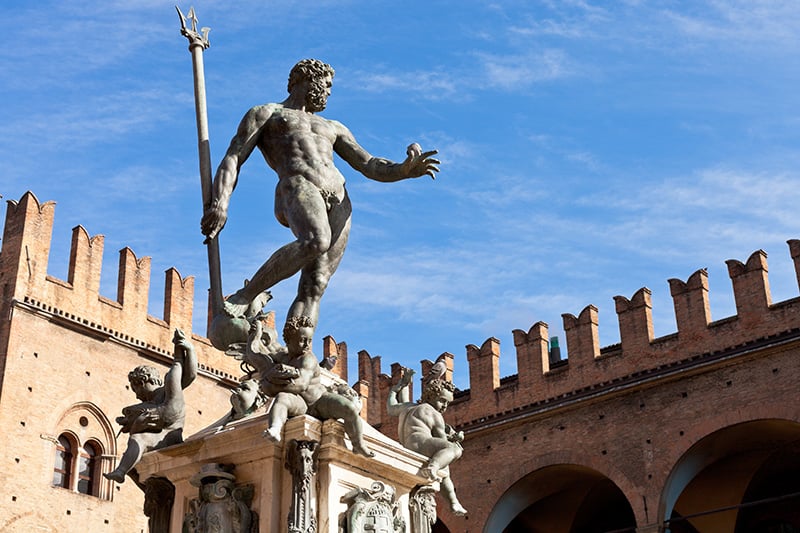 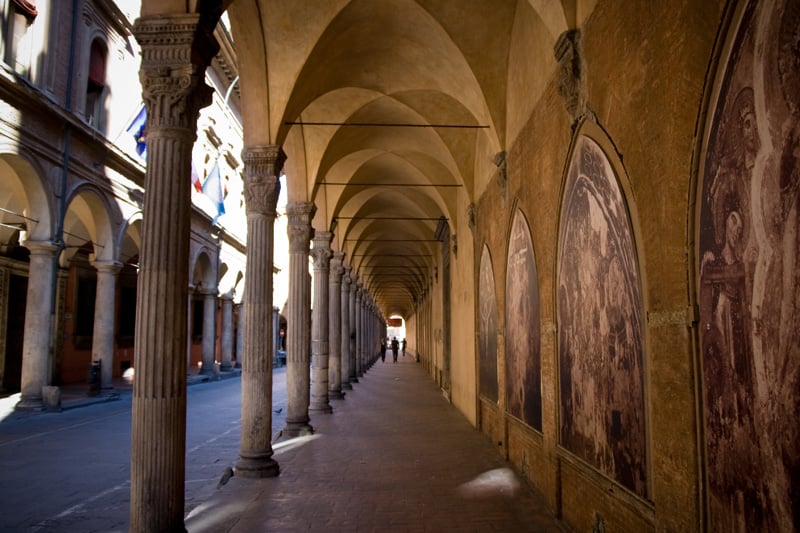 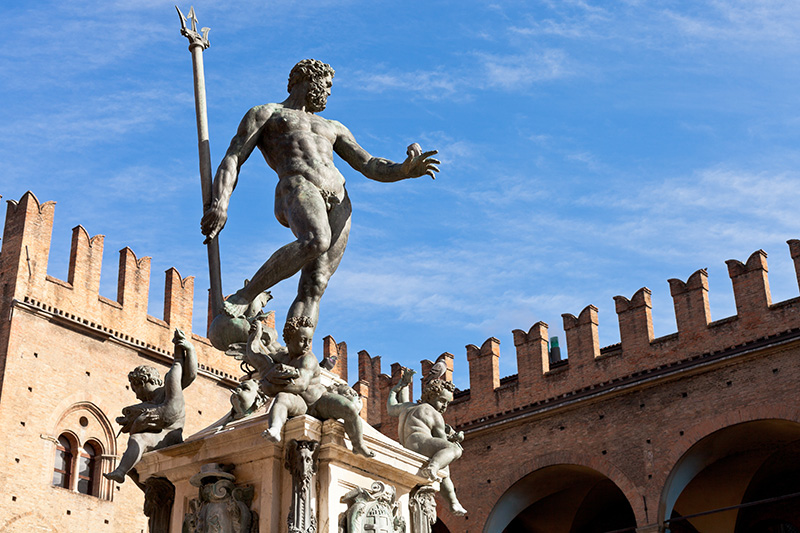